And now for something completely different

I recently paid someone 15 bucks to steal half of my free time. Doesn’t sound good? Well, then you probably shouldn’t buy Minecraft. 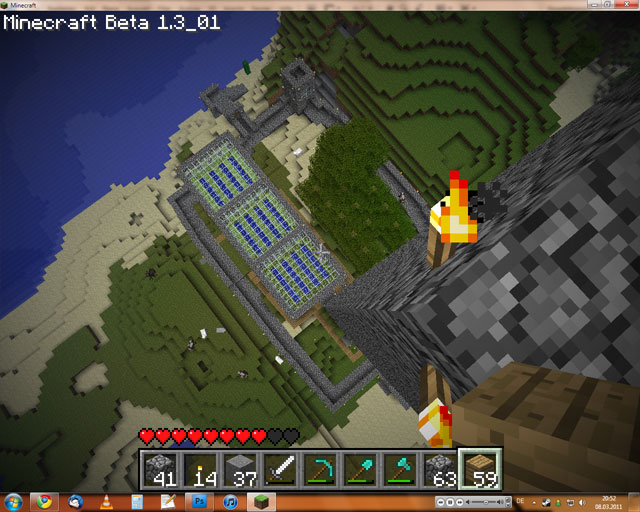 If anything, this game is a danger for any kind of productive work. It’s a danger because it allows you to do “work” that feels productive and satisfying – yet being just a game like any other. Besides that, Minecraft is a very interesting game in the fact that more than 50% of it are located inside the players head. It creates an environment in which the player can be creative himself, in a world that doesn’t behave realistic but nonetheless comprehensible. While the game works for anyone, it really blooms for everyone who brings in his own imagination. After all, a completed virtual creation rewards finished virtual work – but yet, it’s still just virtual and the players mind decides about its value. 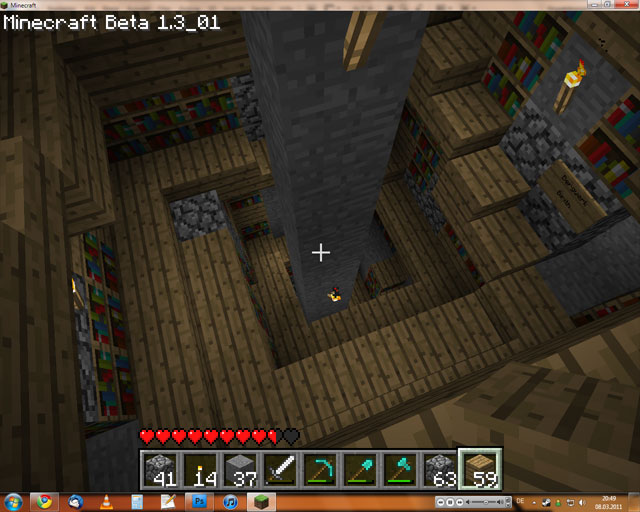 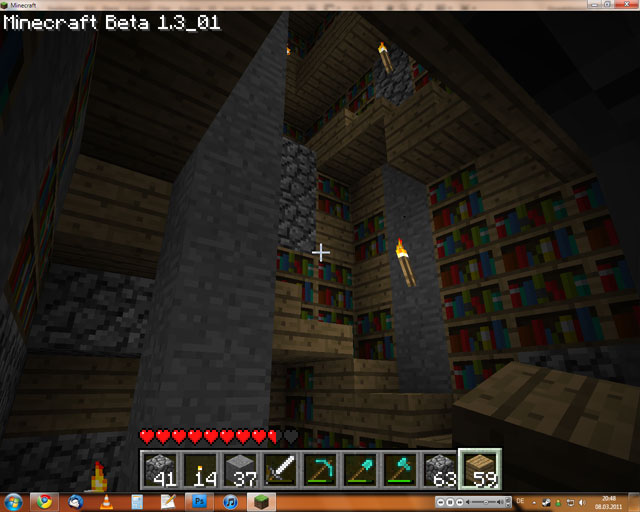 The first thing I built was a staircase tower from the worlds bottom boundary to its top boundary. It was repetitive work, the result was anything but pretty, but I just wanted to see the view from up there. And “feel” the depth of the world when running down the staircase until reaching the bottom. After finishing that, I did a lot of mining to see what resources there are and what I could craft using them. Soon I discovered gigantic dungeons, filled with monsters and mineral treasures. Speaking of monsters: They don’t look scary at all. They don’t sound scary either. However, it still scared the hell out of me when one of them was wandering around in one of my narrow, winding, dendritic mine shafts. I have no idea why – must be the 50% imagination part in my head. 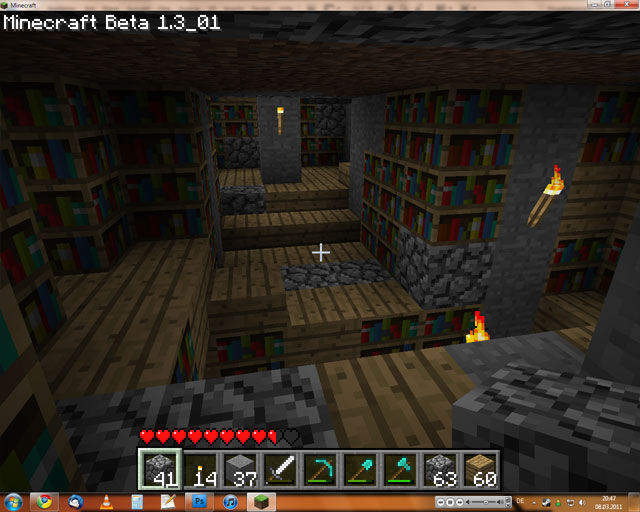 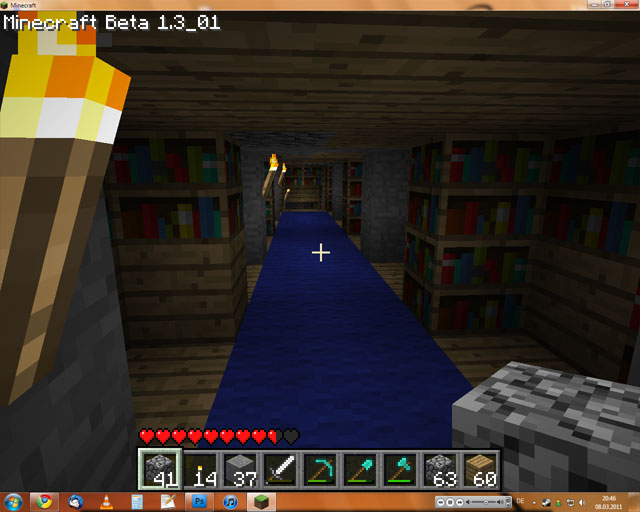 As soon as I finished the perimeter wall of my castle, several greenhouses and another tower, I began to build a huge underground library. Pretty much like I imagine the blocky version of the catacombs from The City of Dreaming Books, a book I really liked back then, when I read it. I’m still not finished, crafting all those books really takes a lot of time. 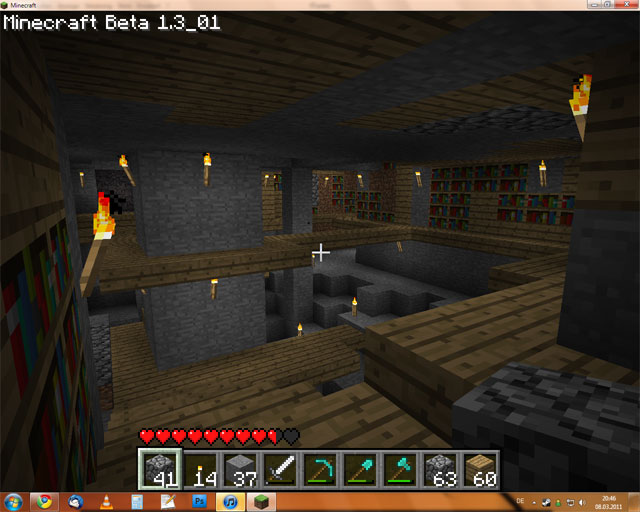 Need to get back to actual work soon.