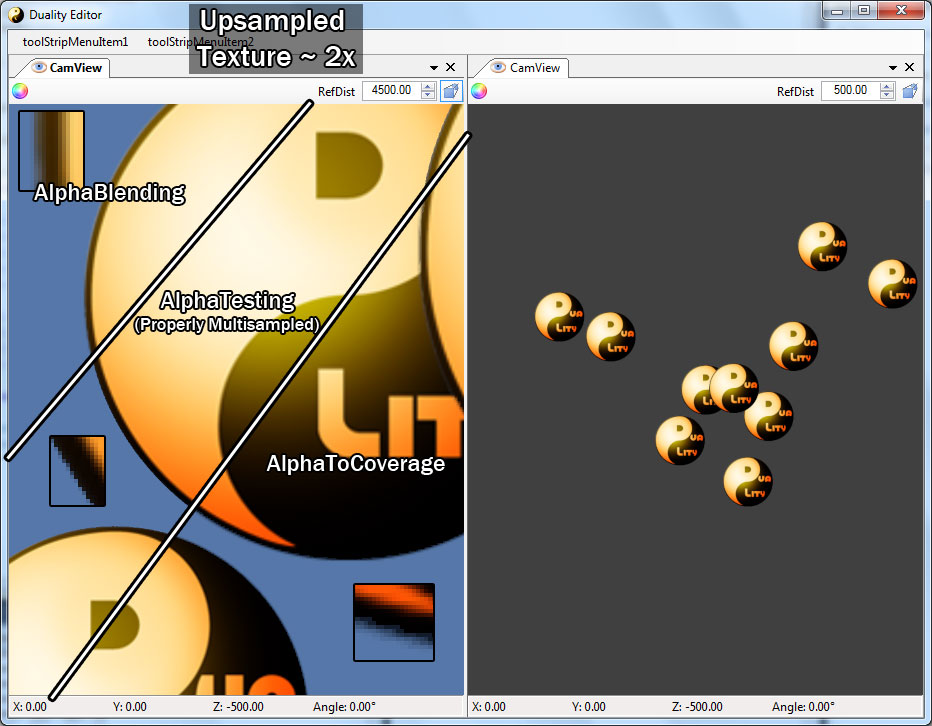 Nothing much to write about right now, I’m working here and there, but mostly on editor and GUI stuff. I was just about to take some AlphaBlend / AlphaTest / AlphaToCoverage comparison screenshots when I realized that Alpha Testing actually looked better than AlphaToCoverage and not at all “aliazed”. Well, it turns out my video card supports proper alpha tested multisampling. While speculating how to detect whether or not the video card supports this (i.e. whether or not to use AlphaToCoverage), here is the comparison / editor screenshot anyway.

However, despite the fact that my video card has really nice multisampled alpha testing: You can still see that AlphaToCoverage and AlphaBlending look pretty much the same if the MSAA level is high enough (Here: 16x). Considering that AlphaToCoverage doesn’t need Z sorting, this is great news for the rendering optimizer.