After weeks of putting more working hours into Duality than I could reasonably afford it’s finally done: The big user experience update for Dualitor.

As most things in life, it started with something small. Wouldn’t it be nice, I thought to myself working on the recent lighting techdemo,_ if that Propertygrid of yours updated a little faster?_ It sure would, so I began tinkering with that old code again. A little polishing here, some bugfixes there.. and while I’m at it, why not redesign this and that. I ended up completely rewriting the whole Propertygrid, then introducing Resource previews and intelligent Dragdrop, followed by a complete redesign of the whole editor GUI. But I’m getting ahead of myself. Here’s what happened, feature by feature:

As you might remember, I already did write a complete Propertygrid before. The main concept was that each property editor was an individual Windows.Forms Control, allowing utmost flexibility and a better workflow due to highly specialized editing features. The design and implementation fulfilled most of what I wanted to achieve but I ran into a lot of problems related to layout events, redraw and most of all, performance. It was about time to wave the multi-Control concept goodbye.

My second attempt to solve the property editing problem is to write a custom Control for the Propertygrid itself and handle layout, rendering and event handling manually for all child editors. It works surprisingly well, allows a similar degree of flexibility and runs so fast that I’m starting to wonder what Windows.Forms actually does in its Control code. Also, you can control the new Propertygrid entirely by keyboard – I thought, this might improve the workflow a little.

Duality knows a lot of Resource types: ShaderPrograms, DrawTechniques, Textures, AudioData and so on. It is a waste of usability if all that distinguishes them for the user is their name and a tiny icon. To fix that, the three major Resource types (Pixmap, AudioData, Font) now generate a preview image that is shown wherever they are displayed or referenced.

This feature is to editing what syntactical sugar is to programming: While not adding any core functionality, its an elegant shortcut for something that improves your workflow and “feels” good in matters of user experience. Dragdrop has already been a core mechanic to Dualitor: You use it to establish links between Resources, to create Prefabs from GameObjects or vice versa. The difference is that it is now combined with an extendable data conversion API. It is easier to explain with an example in mind:

Lets say you want to create a sprite object from an image somewhere on your hard disk.

Seems unnecessary? Well, it was. Lets look at how this looks with intelligent dragdrop:

Whoa! What the hell happened to all those other steps? Quite easy in theory: The CamView, as each other Control, accepts certain types of data when hovering it while doing a dragdrop operation. One of these data types are GameObjects, so it hands over the dragdrop data object to the new API and requests a GameObject. It doesn’t care what kind of data is dragged as long as there is a way to convert that data to a type that is useful to it. This is one side of the API. On the other side is where plugins register DataConverter objects, each one able to convert one type of data to another one. What intelligent dragdrop does is figure out a way how to use the available set of DataConverter objects most effective in order to generate data of a requested type. You might think of it as some kind of pathfinding. Looking at the internals of the above example, this is what you’d see:

And there it is. 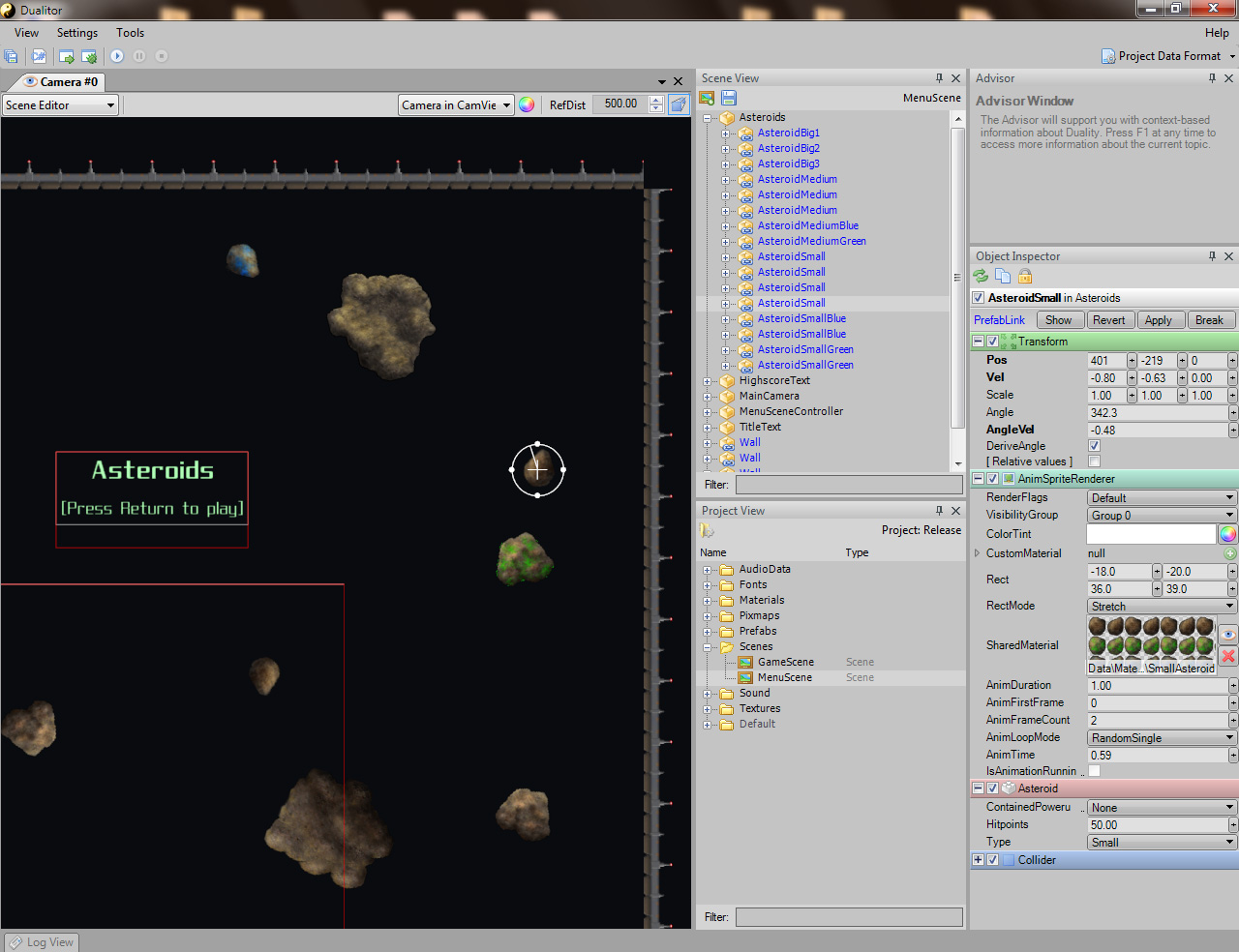 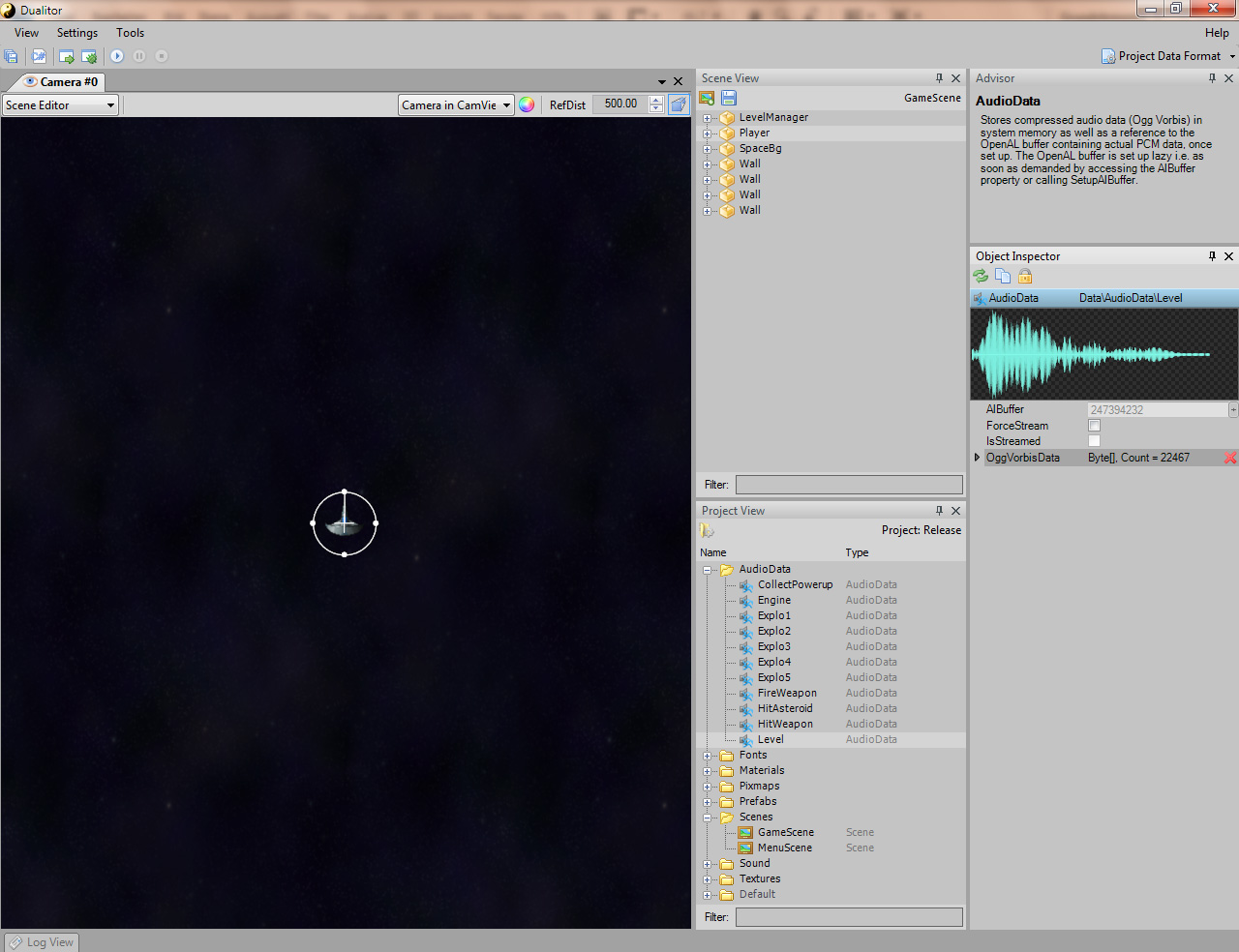 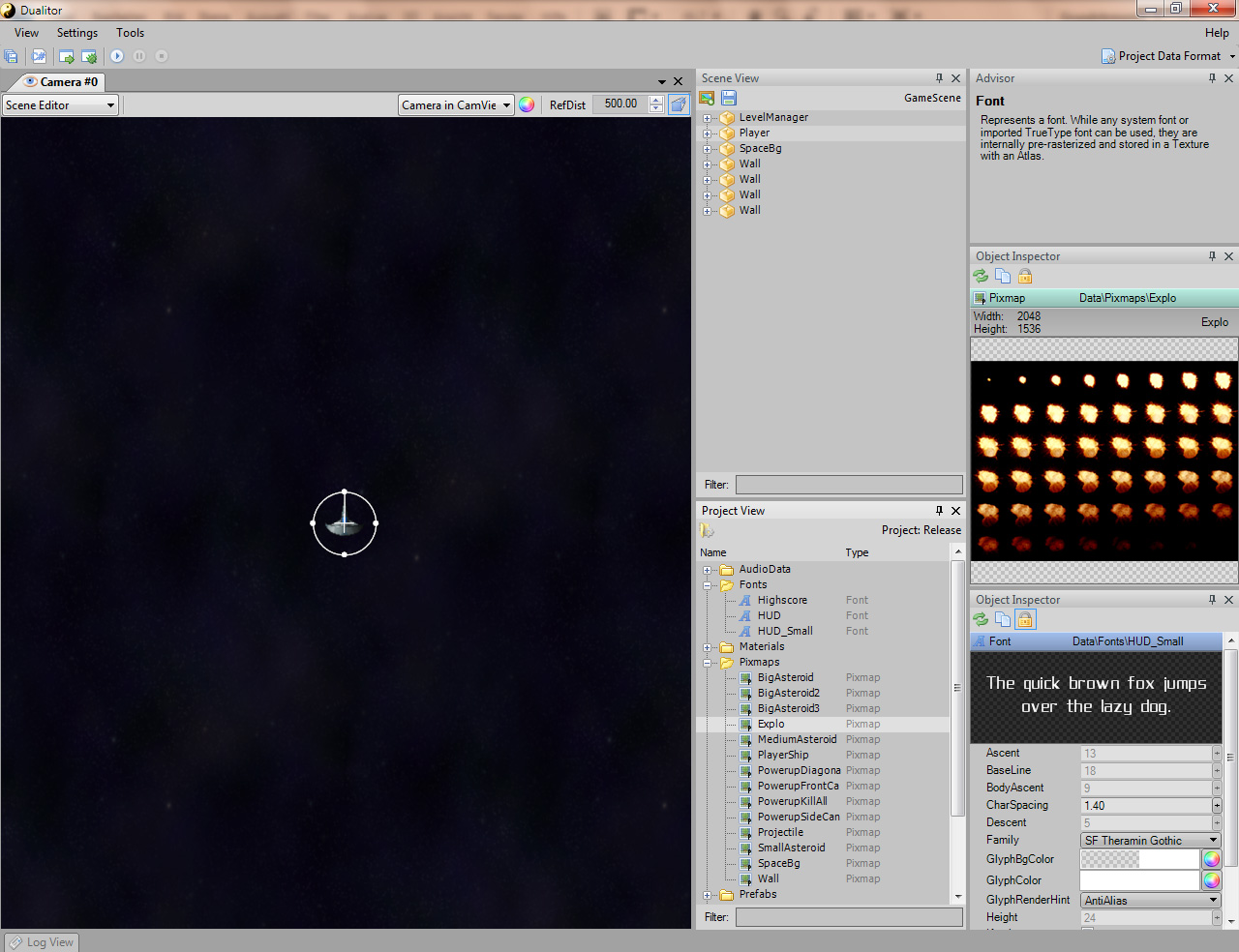 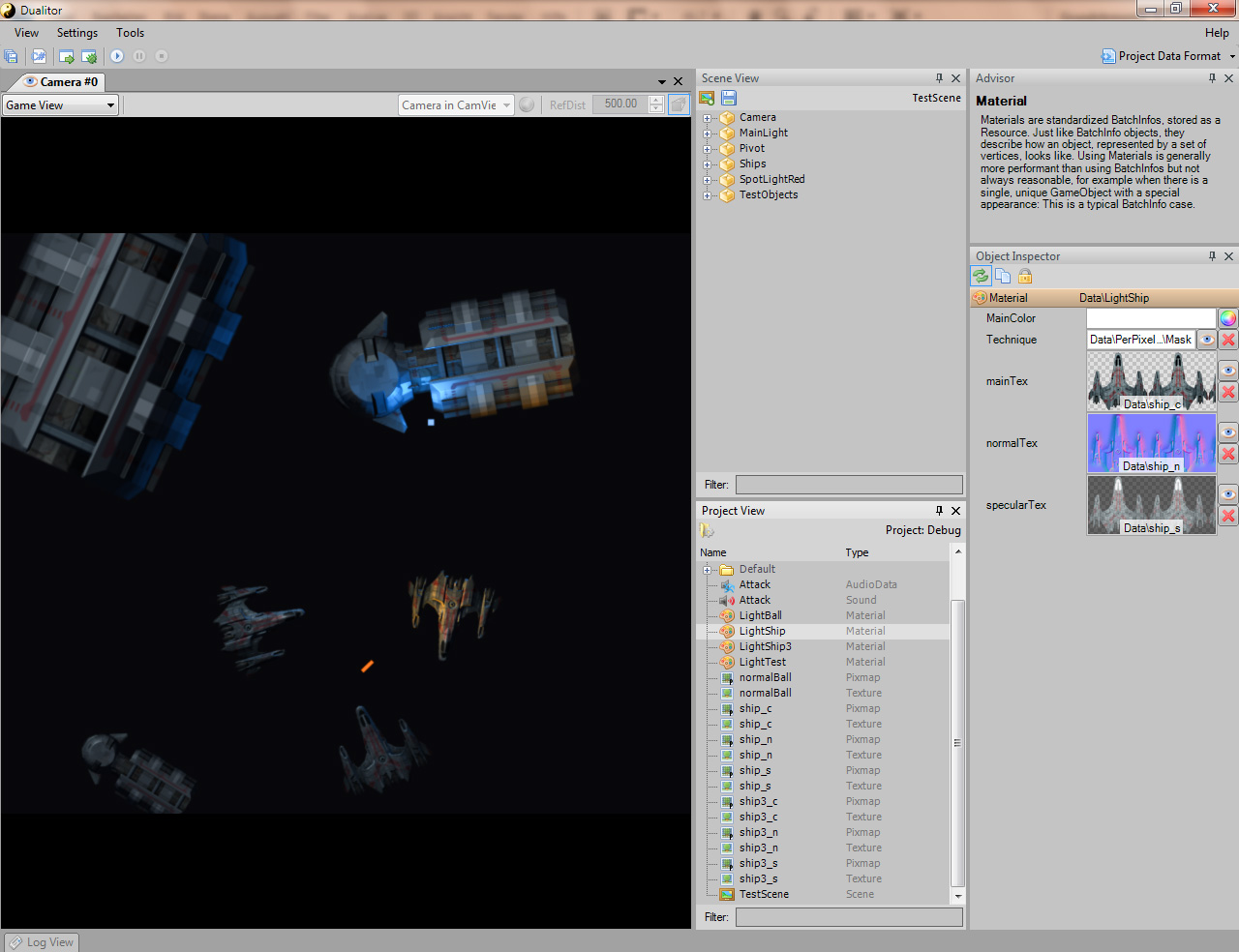 As promised, here are the new versions of Asteroids and Dynamic Lighting.